The Rayleigh Medal is the Institute of Acoustic’s premier award, awarded without regard to age, to persons of undoubted renown for outstanding contributions to acoustics. We are hugely proud to see this honour recently awarded to Sir Harold Marshall, co-founder of Marshall Day Acoustics at the Philharmonie de Paris this year.

The award was presented alongside the following citation:

'Arthur Harold Marshall was born in New Zealand and returned to his native country in 1972, after spending time in Europe and Western Australia. For most people here his reputation rests on his auditorium work; but his achievements in New Zealand have been no less impressive.

Harold Marshall gained degrees in both Physics and Architecture at the University of Auckland. This led onto doctoral research in acoustics, primarily into acoustic absorbers in rooms. However, a seminal moment occurred in 1966 in relation to the design competition for a new concert hall for Christchurch, in New Zealand’s South Island. Harold was sent five designs and asked to comment on their acoustic potential. Surveying these five very different designs, he realised that there was no rational basis for the selection of one shape over another. The Sabin reverberation equation is silent on the question of room shape.

Soon after, Marshall realised, while at a concert in the London Royal Festival Hall, that reverberation from the side appeared to be missing. This insight led to the proposition that early lateral reflections were an important component of good acoustics for listeners. He used the expression 'spatial responsiveness' to describe the quality. Marshall courageously used his hypothesis (before any research validation) to approve a shape for the Christchurch Town Hall that would have horrified most acousticians - an ellipse. It has since been established that what is now called the ‘apparent source width’ is determined by the proportion of early lateral sound and that a ‘broad source width’ is a characteristic of the best concert hall acoustics.

Returning to the Christchurch Town Hall, Marshall later became involved in the acoustic design of the new hall and was responsible for introducing large suspended reflectors to provide listeners with lateral reflections. Since its opening in 1972, the hall has established an excellent acoustic reputation. (The hall survived the 2011 earthquake but it shifted 0.5 m; it is expected to be rebuilt.)

This was the first of several 'Marshall auditoria', which have been innovative in a variety of ways. Next was the Michael Fowler Centre in Wellington, New Zealand, which completed in 1983 and employed Schroeder diffusers for the first time in an auditorium. Segerstrom Hall, in Orange County, California completed in 1986 and is a multi-purpose hall with stage and flytower. To provide good acoustics with a basic fan-shape footprint, one side of the auditorium is lower than the other to generate vertical surfaces capable of providing lateral reflections.

More recently he worked with the architect Zaha Hadid on the new Guangzhou Opera House in China. The distinctive feature in this case is the lack of corners in the auditorium. And now, the Philharmonie de Paris has opened with a unique arrangement of floating seating pods and reflectors which form an inner 'volume' within a larger outer volume (70% larger than a conventional concert hall for 2,400 seats).

These projects, among others, are a remarkable series of truly original designs; a catalogue of innovation encompassing both architectural and acoustic requirements. They are a product of an original mind, willing to challenge convention and the possessing the courage to see them implemented.

In 1973 Harold Marshall became a Professor of Architecture at the University of Auckland’s Department of Architecture. He proceeded to set up the Acoustics Research Centre at the department, with acoustic testing chambers that have now become the National Acoustic Test Laboratories of New Zealand. In 1981 he set up New Zealand’s largest acoustic consultancy, Marshall Day Acoustics, which now has 85 staff and is a major presence internationally.

As an academic for most of his working life, Harold has inevitably published extensively. As well as his interest in acoustics for listeners, he has investigated the performer’s situation. He has also championed the use of acoustic scale modelling and initiated the project that resulted in Midas; commercial software for scale model testing.

For his many outstanding contributions to education, research and innovative auditorium design, the Institute of Acoustics is proud to present the Rayleigh Medal for 2015 to Sir Arthur Harold Marshall.' 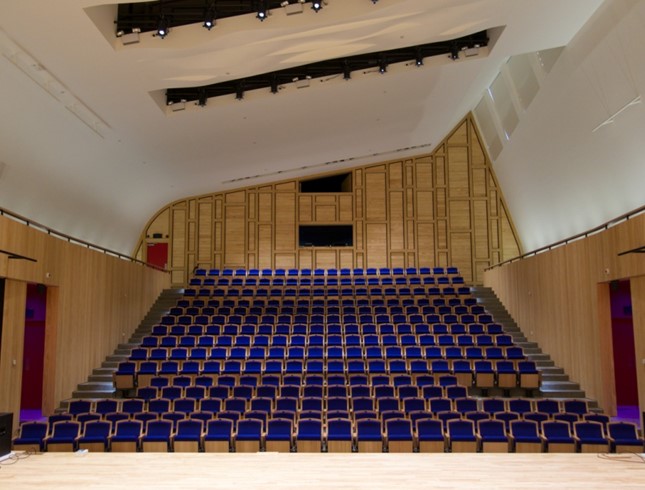