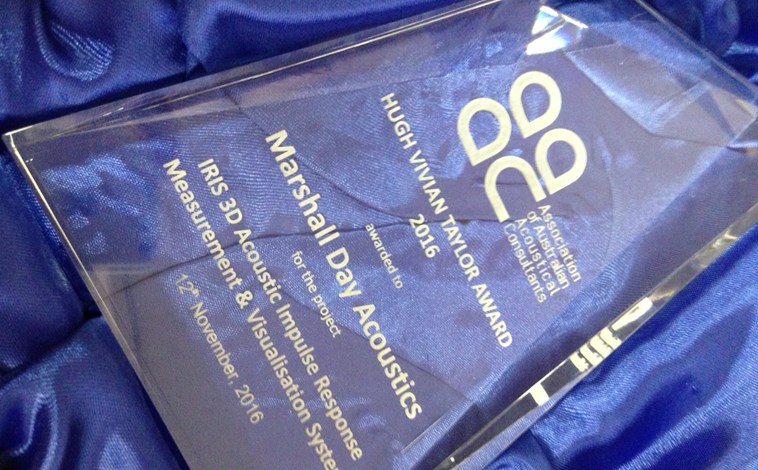 We're pleased to announce that on Saturday November 12, Marshall Day Acoustics was named the winner of the 2016 Hugh Vivian Taylor Award for the development of IRIS.

The award is presented by the Australian Association of Acoustical Consultants and recognises efforts in providing innovation, promoting consulting and advancing the field of acoustics.

What’s unique about IRIS is its ability to carry out a broad set of room acoustics measurements, including 3D impulse responses, quickly and easily. IRIS allows consultants to accurately measure a range of acoustic parameters including many which have traditionally been very difficult to obtain such as lateral fraction. The ease of use that IRIS offers can mean less time and cost on site for data acquisition and quicker reporting of results through more efficient data post-processing.

Marshall Day Acoustics is delighted that this is the second year in a row to have won the award following last year's win for the Philharmonie de Paris.

So a big congratulations to all of our team who were involved but most notably Keith Ballagh, Daniel Protheroe and Chris Day in New Zealand. 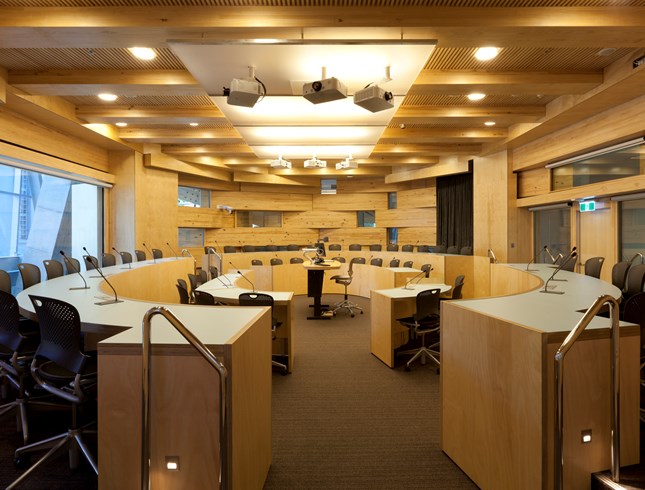 Is your next project impacted by the revised AS/NZS 2107 'Acoustics - Recommended design sound levels and reverberation times for building interiors'?